I. Inside is an MC transformer for balancing which is accomplished the first time for this class

Three input terminals are equipped and MM/MC switching is possible for each. (Inputs 1 and 2 support balanced inputs)

II. A 10mm thick aluminum material is used on the front panel and the chassis is elegant and strong and it is structured following the designs of CA-1000 and T-2000.

In addition, the elegant designs of CA-1000 and T-2000 are adopted and the played sound can be enjoyed with elegance, overwhelming realism, a panoramic stage, high resolution, and high S/N.

The negative feedback amplifier which is the mainstream of modern amplifiers constantly compares the input and output signals for both the semiconductor and vacuum tube and this difference can be amplified with high precision at low cost because it is amplified as an input signal. However, there is a time delay between the input and output signals which cannot be solved theoretically and this generates a TIM distortion and the like and this is a big reason why sound satisfaction cannot be attained from negative feedback amplifiers.

On the power circuits 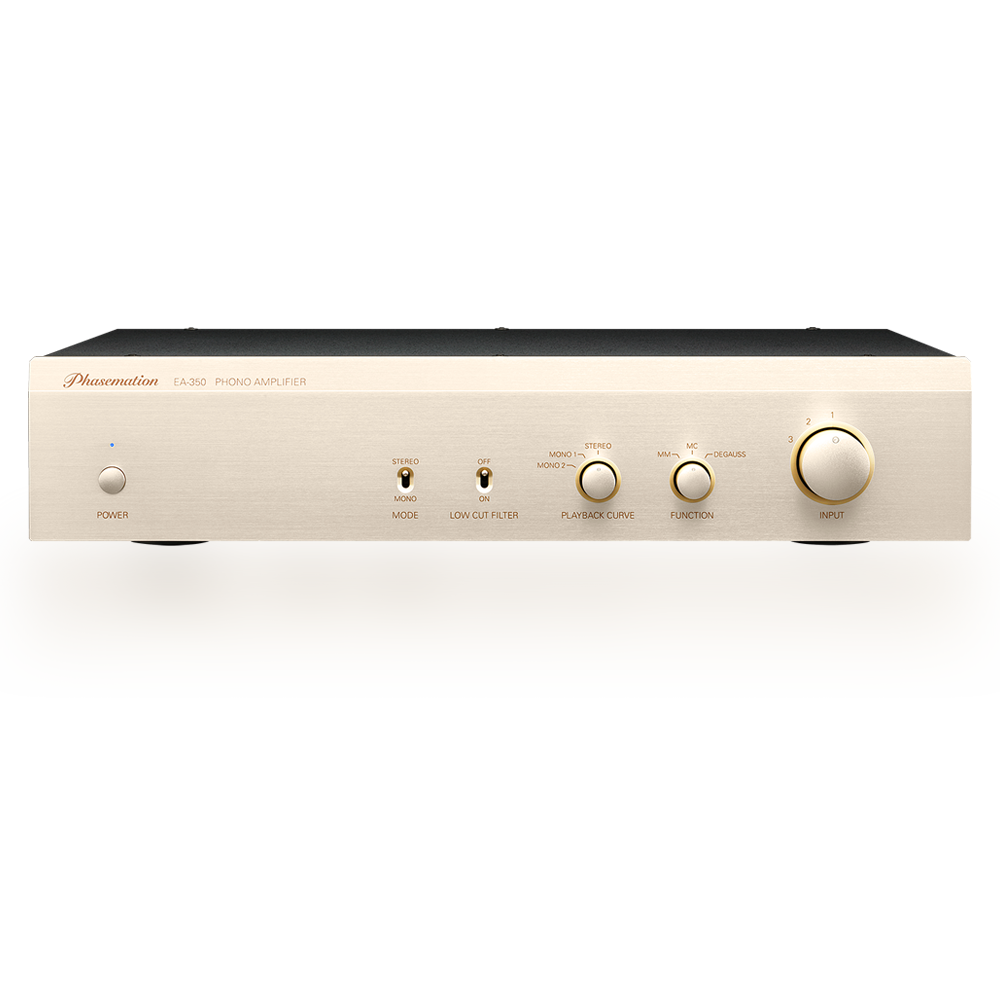